Bitdefender VS Malwarebytes: Which is Best Antivirus for Windows [2023]

Computer & laptop technology has seen leaps and bounds of advancement both in terms of hardware and software. Unfortunately, hackers and their antivirus, malware, and phishing sites have developed faster. And that’s where the importance of a good internet and software security system for your computer and laptop comes to play.

In this regard, both Malwarebytes and Bitdefender security systems are two of the most popular choices among user-end device owners. But which is better, Bitdefender vs Malwarebytes?

It is an important question to answer when you purchase a reliable online and offline security system to protect your private data, files, and internet browsing and improve your device’s performance for peace of mind.

Bitdefender VS Malwarebytes: The Difference Between – 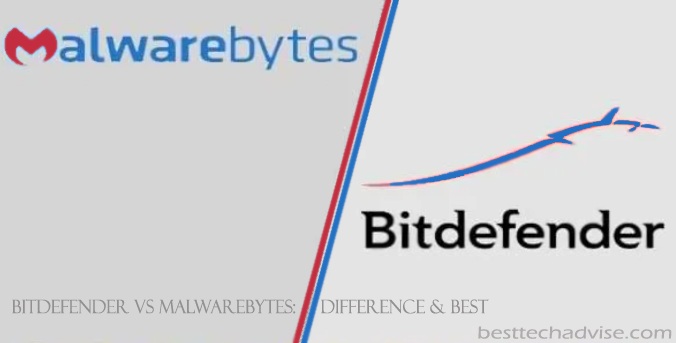 We understand that there is no standard measuring system to find the winner between Malwarebytes vs. Bitdefender. Thus, we will look into their top features, security layers, performance, support, pricing, user convenience, and reliability within this comparative discussion of Malwarebytes with Bitdefender.

Finally, we will select a winner in every category to suggest which security suite you should choose.

If you want reliable and high-performing security suite software, it’s time you finish reading this article. It will give you the answer, you have been searching for the several years.

When you need a good antivirus and internet security suite, Bitdefender and Malwarebytes will give a neck-to-neck competition. Thus, many people will ask, “Does Bitdefender protect against malware? Or, is Malwarebytes good for antivirus?

While these questions don’t have any straightforward answers, you may look at their features to find a probable answer. Also, if you are on a tight budget, you might even look at the Bitdefender free and Malwarebytes free versions and their features.

As you find the available features of Malwarebytes, you need to look at the different products of the security system. There are two product types you will find from Malwarebytes.
It includes:

These are cross-platforms. Also, they will cover up to 5 devices in different product plans. It doesn’t include any fancy features. Instead, the security suite will offer robust and reliable protection with excellent performance. 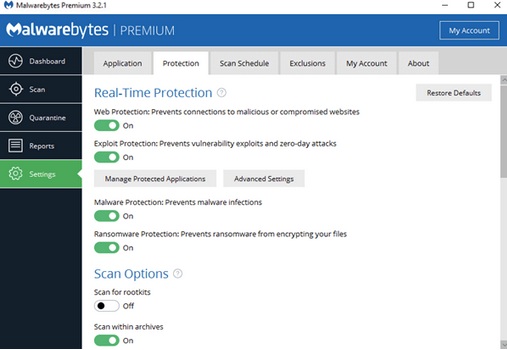 Malware Premium will provide you with an antivirus engine and online threat protection. Further, it is categorized as follows:

When you choose Malware Premium Plus Privacy, you will get the VPN service additionally. So, the upgrade option also has pretty limited features. However, it lacks parental control and so has a major setback.

The most common features of Malwarebytes are: 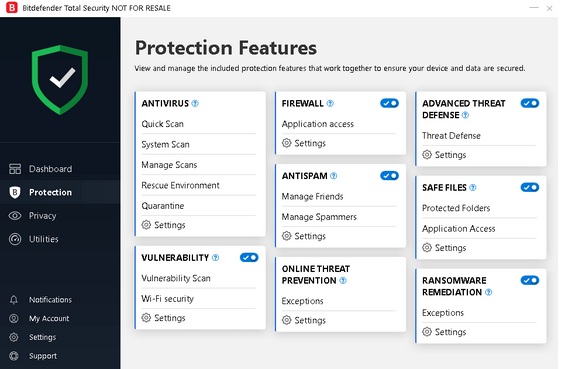 The internet security plan is the entry-level plan, and it is designed to offer your device premium security during internet sessions. It will protect your device from spammings, and Wi-Fi breaches and offers firewall protection with parental control.

The top features include:

Next up, you will get the Bitdefender Antivirus Plus which offers extended protection to user-end devices. Its top benefits include:

These entry-level plans will offer protection for up to 5 devices with varying pricing levels. The next three products have all the features stated above. The only difference comes in the number of devices you can use for these products. Nonetheless, Bitdefender Premium Security has unlimited VPN options, a great benefit.

Protection from malware, thefts, data breach, and spam is the most important aspect you would want in a security suite. Also, it could be the biggest deal-breaker consideration to pick between the two security systems.

Thankfully, both systems offer superior and impeccable malware and internet security for your device. They offer robust security performance and reliability you can buy for money presently. Recently, we tested both systems with AV-Test.

The AV-Test puts through a series of testing for malware, viruses, phishing sites, etc. According to your test results, Bitdefender scored a perfect 100. It could easily detect even the 0-day threats and viruses and nullify them.

However, Bitdefender comes with two major setbacks. It includes:

Bitdefender uses cutting-edge technology to detect and nullify malware, ransomware, viruses, etc. Thus, it offers dependable security protection and performance. Next up, Bitdefender’s free vs. paid versions to have quite similar security. It is an advantage for the system.

On the contrary, Malwarebytes also scored the perfect 100 in the recent AV Test. It could detect the 0-day threats and block them with ease. It works brilliantly against the older threats too. What’s more, Malwarebytes can detect threats faster than Bitdefender, thanks to its “Behavior Signature” technology.

Moreover, we didn’t find any noticeable slow-down in the device speed and performance. It didn’t slow down the internet browsing either. So, it is a nice alternative for entry-level and basic devices.

Winner: Both Malwarebytes and Bitdefender have scored amazingly in 6 out of 6 testing methods of AV-Test. So, it is a tie.

The security system must be user-friendly so that you can easily optimize and use it to your best needs. Thus, you mustn’t overlook the user interface of Bitdefender and Malwarebytes. It is also vital because a user-friendly interface will allow you to use all the features and functions of the security suite.

So, which offers a better user interface between Bitdefender vs Malwarebytes? 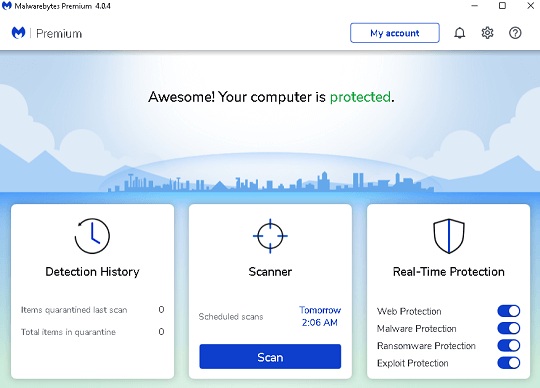 Recently, the latest 4.00 version of Malwarebytes changed its original interface. Now, it looks more user-friendly and minimalistic than ever before. Also, the lack of a wider range of features favors Malwarebytes in this regard. You will find all of its basic features in the dashboard. You don’t need to browse interface after interface to find the feature you want.

Likewise, Malwarebytes and Bitdefender also have overhauled their user interface recently. The dashboard looks cleaner and more sophisticated, with all the basic features right up front on the screen. Also, its navigation system has become easier.

Winner: Both Bitdefender and Malwarebytes offer superior and outstanding user interfaces with minimalistic design and quick navigation. So, both antivirus and internet security suites end up in a draw in the category.

Performance and impact on the device:

When you use an internet and antivirus security system, the last thing you won’t want is to see your device slowing down. Also, the performance should remain in optimal condition. You need to look at the impact on the device. Its performance when choosing between Bitdefender and Malwarebytes.

Bitdefender uses the following technologies to scan through your devices:

Thus, it won’t use many resources of your device. It means the security system won’t slow down your device’s performance. Plus, you can customize the dashboard to get the best outputs from the device and Bitdefender. 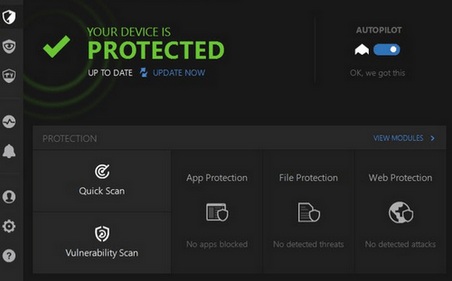 You can further use Bitdefender for the following activities:

On the contrary, Malwarebytes is also a lightweight security suite. So, it also scans through your device quickly without eating up too much space and resources. It is a great benefit to improve the speed and performance of your device, even during heavy-duty scanning.

However, with Malwarebytes, you need to reboot your device as it blocks any threats and deals with viruses. So, it can be an inconvenience during a busy schedule.

Winner: Bitdefender and Malwarebytes came with flying colors regarding performance boost and impact on the device. So, we have to conclude it is a draw.

BitDefender Vs Malwarebytes: A Comparative Discussion –

Although the pricing issue might not become a major consideration, you should look at the security suites’ pricing for a better decision.

We have already stated that Malwarebytes has two main subscription plans. The list includes:


You see that the Malwarebytes premium actually has two subscription plans for 1-device and 5-device applications.

On the contrary, Bitdefender has five different subscription plans. The list includes:

As you see, the cheapest subscription plan for Bitdefender starts at $29.99. it is much cheaper than Malwarebytes, which starts at $39.99 for 1 device only.

Winner: As the pricing comparison suggests, Bitdefender is a clear winner. So, it will be a great use for people with a tight budget and personal use at home. Also, Bitdefender has way more features than Malwarebytes despite being a cheaper option.

Finally, you must look at both security suites’ customer service and response time for any possible help and problem. 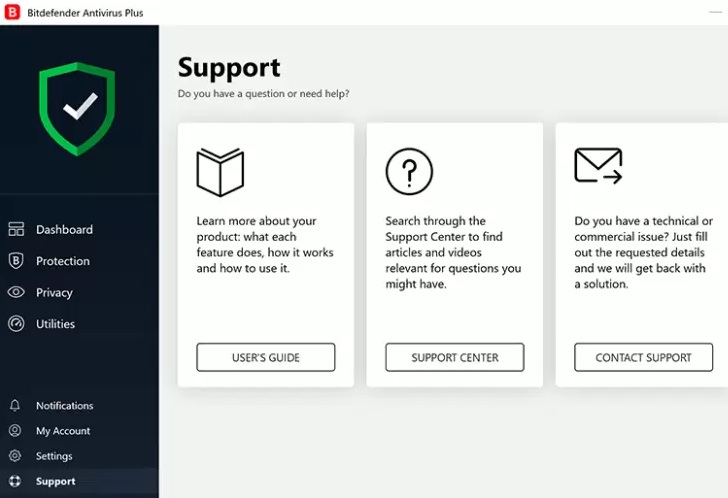 Bitdefender allows you to reach their customer care and support on a 24/7 basis. You may also reach them through telephone, email, and even live chat from the dashboard. Besides, Bitdefender customer support has developed 16 different telephone lines to interact with customers from different languages.

So, it is highly likely that you can find your preferred language to talk with their customer care service.

On the contrary, Malwarebytes doesn’t have any telephone support for their customer support. It is a big setback for Malwarebytes. Unfortunately, the live chat option in Malwarebytes is also limited to 1 AM-5 PM PST. You may only reach its customer care through emails 24/7 hours. And that is slow too.

Nonetheless, Malwarebytes will offer the quickest solution to your problems once they get your problem. Thus, it too provides you with top-class customer care support.

Winner: With 24-hour customer care support and 16 dedicated telephone lines for clients, Bitdefender is a clear winner in this segment. However, Malwarebytes also have good customer support. But it’s not in the leagues of Bitdefender.

Question: Do I need Malwarebytes if I have Bitdefender?
Answer: Bitdefender is itself a full-fledged and reliable internet and antivirus security suite. So, you don’t need to use Malwarebytes with Bitdefender for additional support.

Question: Is Bitdefender good for malware?
Answer: According to various malware testing results, Bitdefender has the fastest and best detection rates for viruses and malware. Also, it is a safe antivirus to detect and block malware.

Question: Which is the best antivirus to use with Malwarebytes?
Answer: You can install the Bitdefender antivirus system to improve the performance of Malwarebytes. You may also use Avast premium Security with it. And if you want to go for free versions, you can choose Windows Defender, which comes 100% free from Windows.

Here we will end our comprehensive discussion on Bitdefender vs Malwarebytes security suites. As the discussion shows, Bitdefender is a clear winner. The security system has more subscription plans, cheaper options, and more features than Malwarebytes. So, you should go for Bitdefender to offer maximum protection for your devices.

In fact, even if you use Malwarebytes, you need to install Bitdefender or Avast with it. So, you should now know which internet and antivirus security suite is ideal for you, between Bitdefender and Malwarebytes.

You may also like: Norton Vs McAfee Vs Kaspersky: Which One Is Better 2023