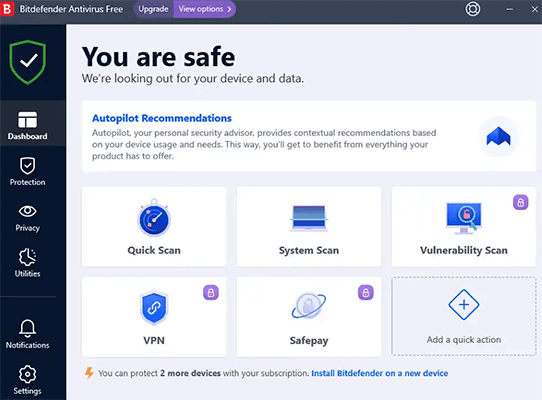 This security software provides advanced threat defense against all types of threats. It will provide strong web protection and an on-demand scanning system. But when you upgrade this free antivirus software to a plus edition, it will stop the ransomware attacks. It stopped the zero-day attacks. But the recent test of this free antivirus between the commercial product of security, that that result well performed.

The free version of Bitdefender Antivirus is easy to use and has good performance for beginners. Despite this fact, the security options are wide and varied. It is remarkable how each and every new version of Free Antivirus for Windows is more effective in eliminating the threats that target today’s modern computers. 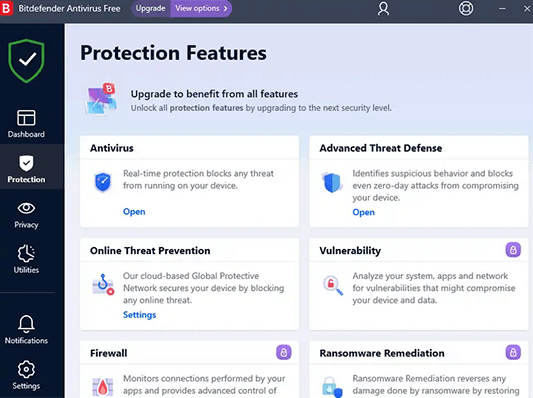 – User-friendly interface and easy to use.
– Strong powerful protection against all types of viruses from online or offline.
– It detected suspicious attacks quickly. Keeps track of your apps by using behavioral detection.
– Protects sensitive data by detecting and blocking websites that claim to be able to intercept data such as passwords.
– It removes spyware, viruses, ransomware, and rootkits, with a zero-day exploit.
– Good gaming performance with a great experience.
– It supports Windows 7, Windows 8.1/8, Windows 10 & Windows 11.

Go to visit the – Giveaway Page & Hit on the [Free Download Button].

You need to follow some steps when you run the application first. You need to create a Bitdefender account. That’s it.
Note: Download is very small but if you run the install it will require over 500MB of files to complete setup.

I hope you enjoy getting this free antivirus for Bitdefender. It provides great performance on your Windows PC. If you like this security software, share it with your friends and family.

You may also like: Avira Antivirus Pro Free for 3 Months 2022